18-Year-Old Maame Biney, the Olympic speed skater, stole the hearts of thousands of Americans. And you’re going to want to hear her story before her 2022 Winter Olympics. She has an admirable entrepreneurial heart that easily translates to the business world’s ups and downs. Here are a few lessons we’ve learned from Maame Biney that every entrepreneur should take to heart:

Maame was an 18-year-old speed skater in the 2018 Winter Olympics. She may have missed medaling for the 500m race, where she was favored, but she sent America home with joy. Maame’s infectious personality and admirable drive already won over the admiration and affection of her nation.

Her response to the loss? She’s already looking forward to the 2022 Winter Olympics.

That reaction to failure, a pick-yourself-up attitude, is admirable. Following, we’ll talk through lessons every entrepreneur should embrace:

Maame was born in Africa, and before moving to the US in 2005, she had never even experienced the cold, let alone ice skating.

Three months into her first year in the US, five-year-old Maame tried skating for the first time. Seeing a street sign outside an ice rink in still-foreign Maryland: “Learn to Skate,” she learned.

She fell in love almost instantly with a sport she’d never before heard of. Biney had a willingness to just get out there and try something new.

She had a willingness to just get out there and try something new.

Get out there, get creative, and most importantly, take that first uneasy step into something new. Who knows, you may just find your calling by doing so.

She’s not intimidated by what’s never been done before. Instead, she focused on the future that she could create for herself. For small business owners pitted against what may feel like the world, it’s an inspiring tale.

Perhaps you’ve been told you’re too young, or too old. Too inexperienced, or too set in your ways. Perhaps you’ve been subject to discrimination. It’s in your power to break the mold and become the business leader you know you can be. We’re here to empower you and come alongside you in this journey.

It’s in your power to break the mold and become the business leader you know you can be.

Don’t Be Afraid to Make a Switch

Maame’s first skating lessons were leading her to be a figure skater – not a speed skater.

While she was good, her coach noticed her tendency for speed and power over grace and elegance. Her coach promptly suggested that she make the switch to speed skating. Maame took a leap into a sport she knew little about. And with that leap, she found her niche and quickly rose to become the Olympic star you see today.

If you haven’t found your niche yet, don’t give up. Don’t be afraid to take chances and branch out.

Start that partnership. Make that sales call. Hire that intern. Obtain that new piece of equipment to help you generate new revenue. Sometimes, you won’t realize the potential your business has until you switch things up.

If you haven’t found your niche yet, don’t give up. Don’t be afraid to take chances and branch out.

Aside from her killer speed skating skills, Maame is possibly best known for her infectious smile. It’s common for the US Olympic Team coach to crack a joke during an, especially rough practice. Why? Not because the jokes were very good, but because Maame’s laugh could relieve even the highest tensions.

Her bright smile brought comfort and ease to her teammates and gave her a positive outlook even in the bleakest situations.

Her bright smile brought comfort and ease … and gave her a positive outlook even in the bleakest situations.

When struck by an opponent’s blade, Maame joked about her stitches. “17.5 inch blade vs. my bottom lip/my chin… who won? You guys should see the blade.”

A positive demeanor is required in the business’s rough-and-tumble world, especially if you’re managing employees of your own.

While it’s important to keep a realistic outlook, a smile or a joke can work wonders. You’re a leader & you can control your company’s mood. A joke just may relieve tension and allow employees to recognize the good you’re doing.

Ask Maame where she sees her future self, and you’ll hear her rattle off a list of goals most people only dream of.

She wants an Olympic gold medal. She wants to be a world champion. Perhaps more surprisingly, she aspires to become a chemical engineer. Some may write off Maame’s aspirations as near-impossible. But she pursues them as she sees them: within her reach.

She pursues them as she sees them: within her reach.

You have big dreams. You’ve said yes in a world of no’s.

In a world of can’t, it’s up to you to push yourself to see what you can do. Take a page from Biney’s book, and relentlessly pursue your dreams.

In a world of can’t, it’s up to you to push yourself to see what you can do.

We’re all looking forward to seeing Biney skate in 2022. Until then, Amerifund is here to help you reach your business goals. Dream big with us. We’re here for you.

Reach out, and we’d love to help you with any of your financing needs.

Advantages of Leasing and Financing

Generate Revenue as You Pay

Start using your new equipment and watch your revenue increase. You can generate revenue sometimes before your first payment is due.

Financing your equipment is 100% tax deductible up to $1,000,000. Section 179 allows your business to deduct 100% of the cost of the business equipment within the year that it is purchased.

You choose the payment terms, ranging from 24-60 months that fits your business best. Be sure to ask about our 90 day deferrals and seasonal payments. 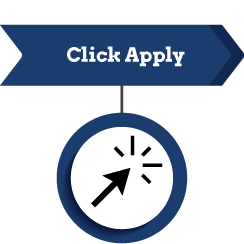 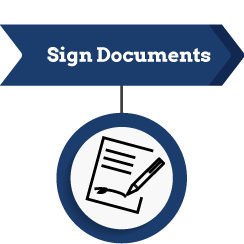 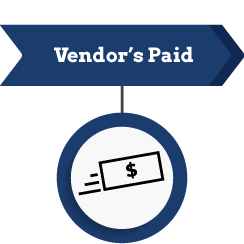 Customized Solutions to Grow Your Business

Two minute application, get approved in hours, fund shortly after

Minimize your out of pocket cost expenses

The Advantages of Financing with Amerifund